Remote work allows us to assemble the right team with the right people regardless of location. The Infinite Red team currently consists of 25 people in 8 states, each contributing a unique skillset and outlook. Oh, and there’s also our traveling nomad in a van somewhere (oh hi, Mark!). 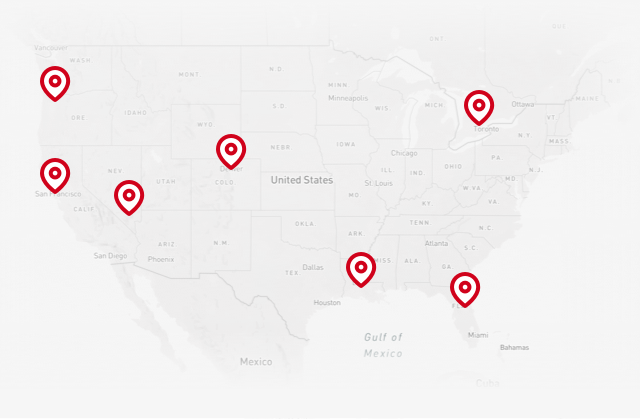 Our company culture—fun, supportive, connected—is core to making us who we are. We meet up on video calls (and actually enjoy them!), hold bi-weekly guild meetings, and play games during lunchtime. Most of our meetups happen virtually, but we all get together in person at least once a year at our “all treat” (all team retreat).

Fostering community is a core value of Infinite Red—it’s just that our community is location independent! We participate in the wider tech world through remote tools for collaboration.We give back through our open-source projects, community slack, and conference.

Tools for remote communication and collaboration

Even though our teammates aren’t in the same room (and sometimes might not even be on the same continent!), we value real-time collaboration. Here are the tried-and-true tools that help us achieve a cohesive remote team workflow.

Project management in a simple list format. Everyone loves lists.

"We at Infinite Red strongly feel that working remote is better, not perfect. It's something we journey into every day. Over-communicate, be disciplined, and be considerate to your team. Then you can reap the benefits of remote work."

Thoughts from the team

Our blog, Red Shift, offers a little bit of everything. You'll find everything from posts about some of our remote lifestyles, and how-tos in React Native, to our thoughts on implementing design into your everyday process.

Why Your Company Should Consider Remote Work

Behind the Scenes with Infinite Red

Read more on the blog

Our team speaks at and attends conferences all over the world. We even created one ourselves! Sync up with us in real life at these upcoming events, or invite us to yours!

Interested in having an Infinite Red team member speak at your event? Send us an email with a few details about your event.

What do you do when the conference you want doesn’t exist? Create it, of course!

The Chain React Conference was started in 2017 by the team at Infinite Red, who wanted nothing more than to learn from other React Native enthusiasts, eat great food, and nerd out about redux vs mob-x. The conference was a great success and has become a yearly event attended by React Native gurus and newbies alike.

What started it all

Technology has changed the world in countless ways. Why shouldn’t it change the way we work? When Todd, Ken, and Jamon created Infinite Red, they were dedicated to building absolutely the best team possible: in experience, talent, skill, and the ability to work together as more than the sum of its parts. To find out more about Infinite Red’s philosophy and history, check out our podcast with the founders.

“We didn’t start Infinite Red as a shortcut to wealth by selling out to a bigger company. We are in it for the long run. Infinite Red was created to be a sustainable team of experts in their fields, with a culture that values our people like family. To that end, we grow our team slowly and purposefully, ensuring that we’re making the right choices along the way.”

Ready to get started? Chat with our team over zoom

There’s no perfect time to get started. Whether you have a formal proposal or a few napkin sketches, we’re always happy to chat about your project at any stage of the process.